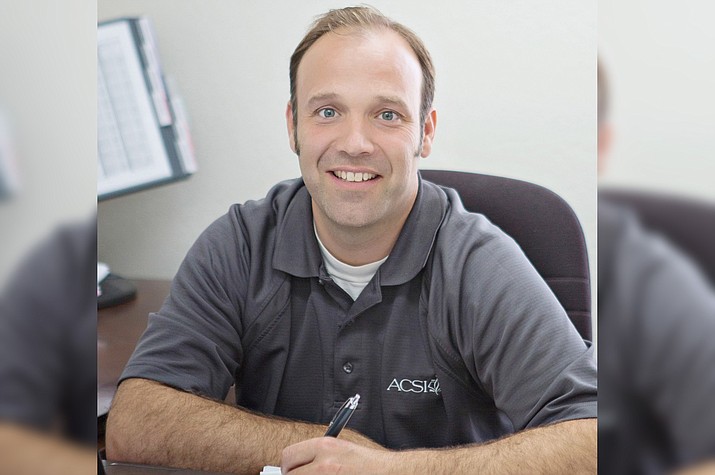 Proposition 305: It’s all about your choice on what is best education ‘fit’ for your child

Recently I watched young Robby stand proudly on stage. His face was filled with a shining smile. Robby was being recognized in front of our whole school. He is a great friend, always an encourager, and knows very clearly what he believes. The students clapped for him as he walked happily back to his seat.

Robby came to Verde Christian Academy very timid and shy. He had a hard time interacting with others. He wasn’t a sports guy and he wasn’t extremely academic. He had struggled to find the right fit at his previous school. His parents brought him to VCA based on the AZ tax credit program and it has made all the difference for him and his family. I have watched Robby change from a shy student to a confident and passionate one. It happened at a school that puts a lot of emphasis on helping students find their gifting and their passions.

Robby is not a perfect fit for every school. He is definitely a perfect fit at VCA. In most states, Robby’s family would not have been able to choose to send him to a private school. This is because Robby’s family struggles financially. In the past, only families with extra income could afford to pay school taxes as well as tuition for their children.

Poorer families were forced to go to their closest district school. Thanks to Arizona’s strong stance on school choice, many families like Robby’s have the ability to choose between a number of quality schools; district, charter, private, or home school.

More and more families are realizing what a powerful thing school choice is. Our school is increasingly serving families of diverse socioeconomic and ethnic backgrounds as a result of our unique mission and vision. Other schools are doing the same. Watching whole families flower under a school that fits their vision is unbelievably fulfilling for an administrator. This relatively young program in Arizona is having a great effect on our students.

Here are some facts about school choice based on the research of Edchoice.Org.

• Every fiscal study looking at school choice has found either positive or no effect on a state. This means most programs save the state money (effectively allowing more dollars per student to be invested in public ed).

It is unfortunate that so much misinformation surrounds school choice in Arizona.

School choice is in no way about attacking our district schools. They are an extremely important part of our community. We have had the fortune to work closely with our local district schools here in the Verde Valley and they are passionate about students and their progress. District schools need our support and proper funding. This is about choice.

Why did you choose your bank? Your grocery store? Your cell phone? The pants you are wearing? Because someone worked hard to make them your BEST FIT!

Whether it is Prop 305 or other school choice initiatives, let’s come together as a community around the idea that we all support a family’s right to choose the best fit for their child.